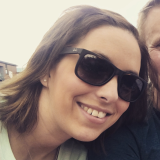 Someone coaching you through parenthood sounds like a dream! Barefoot Coaching have come up with a new and ingenious way of doing just that. They have launched their new ‘Coaching cards for parents’. These cards are designed to make honest, open and frank conversations between new parents easier. There are 52 in a pack and …

Spill Mummy! This is all i ever hear from the back of the car. A large exhale normally comes out whilst i am trying to compose my mild anger. I am not sure how much my more my car seats can take! MAM have a great solution to my problem thankfully! They have been around …

2.4 children … is this really a thing anymore? Are there still mums out there that are the perfect wives and slaves to their husbands and kids? I’m thinking there are!! My partner is very traditional with his roles as he was brought up with traditional roles in his family. His mum didn’t work, looked …

To give or not to give…that is the question! Erin went to a nursery where uniform was worn from the start and at the age of two she was offered a ‘homework book’. This gave me the decision weather I wanted Erin to have homework weekly or not- I was in a dilemma. Do I …

How many times have I been to a restaurant and Erin’s started crawling under the table or banging her knife and fork about like she’s in some form of rock band and I have grabbed my phone and put her on Cbeebie’s app or a Disney film!? A lot I can tell you! At first …

Travel with babies is stressful at the best of times. When you have to worry about everything a baby needs to go on holiday- you panic. Milton have a solution to make one part of your journey that little bit simpler- a travel steriliser.  It is £10.99 and is available at John Lewis, Boots and …

Having a baby has so much pressure attached to it and over thinking from your own body let alone from other mums. When I was pregnant I was asked so many questions on how I would feed, what I will use in the cot, pushchairs, baby monitors- the list goes on. This is a horrible …

(WARNING TMI POST!!) When you go to the midwife for the first time should there be a book with warnings about how you will feel when certain things happen during pregnancy, childbirth and the earth years? Or would that freak every mum out in the universe!?! Are some things better left unsaid? Well I think someone should mention it as I was pretty shocked! So here is my list of horrific, scary and gross things that occur from pregnancy to the early years. This has TMI so be warned!!

If you have any more delights you think should be included to my list drop them in the comments below! We need to warn mummies worldwide so they get prepared!

Nuby are one of those brands you always trust. When babies are little you want to wrap them in cotton wool. Nuby are here to help, with there gorgeous stylish Steriliser. The limited edition black is £30 and available from http://www.nuby-uk.com. Check out what we thought on our vlog!

Changing Decor in the home is tough, especially with kids. During the summer holiday’s the thought of kids assisting in decorating scares me! Neons, glitter, 1000 colours and fur-hmmmm!!! Dulux have recently partnered with child developmental psychologist Dr Sam Wass. Who together have looked into the benefits of involving your child in the decorating process. It …